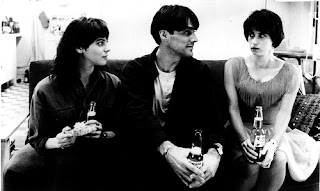 Watched this a couple of weeks ago.  I'd never heard of it but my husband remembered loving it about 20 years ago, so we gave it a shot.  I guess I'd say it was about two sexually ambiguous roommates seeking love and happiness in a city with a serial killer of women on the loose.  It was OK, but it didn't really do much for me, and, of course, it's been a while since I watched it so my memory isn't the greatest.  I'll give it a 6/10. 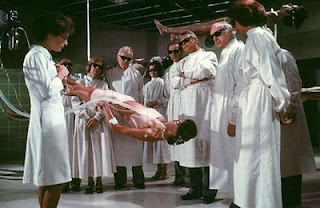 I read this book by Robin Cook when I was a teenager and loved it, but had never seen the movie.  Fun fact - there was a movie poster on the back of the book and I used to always giggle over the name "Rip Torn."  I guess I still think that's a funny name.  Anyway - Coma follows a young female doctor as she uncovers a disturbing trend in her Boston hospital of healthy young people going in for routine surgeries and coming out in comas.  She takes it upon herself to find out why this has been happening and uncovers a grim conspiracy of sorts.  I liked it!  Fun, interesting, creepy, and mysterious story.  We watched this just in time for the new miniseries to come out on TV, so now I'm excited to see the update.  Even though the original is from the 1970's there's nothing dated about the storyline, so I have high hopes for the miniseries.  7.5 out of 10.
Posted by abbalish at 6:02 AM